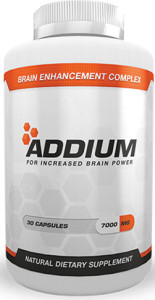 Have you ever imagined taking one pill that could change your life?

Body builders take protein to build muscle, but what do you take to build brain power? Improve memory?

What if you could take one simple pill that made you smarter?

Most of us don’t care about increasing brain function or don’t believe it’s possible through supplementation and food.

However, if you peruse through the contents of the Super Brain Diet website, you’ll find a mountain of information supported by research and studies that has consistently shown food and vitamins’ ability to boost brain functioning.

Now, think about this…

What if you could retain everything that you read by simply taking a pill?

Wouldn’t that be amazing?

This article analyzes a nootropic supplement that purports to do those things.

We’ll analyze the key ingredients of this supplement, but at the end of the day, you have to make the decision as to whether it works or not.

We’ll be looking for feedback from people who have used the Addium pill and that feedback should serve as guidance to any consumers in the market for brain pills.

This article will walk through the essential ingredients of this pill and give you some of the health benefits, specifically the brain boosting benefits, which come from this nootropic.

The pill is called: Addium. Let’s look at an overview.

Is it really a brain pill? A review of Addium

Addium is a pill that was specifically formulated to boost your memory, mental clarity, and overall brain functioning.  How do we know that it really does what it says though?

One place to start is by looking at its components to see the brain benefits in each individual ingredient.

The following is an overview of the ingredients and a short analysis on each of them to determine whether the components individually have their own brain boosting effects.

Then, we will discuss any different brain benefits that may come from the ingredients and give an overall analysis.

Tyrosine is an amino acid.  Amino acids are essential to building protein in the body. Studies are mixed as to whether taking tyrosine before exams increases performance.  WebMD suggests that tyrosine might be useful for people who need better memory in stressful situations, such as military training.  Perhaps a test could be deemed a stressful situation as well.

Tyrosine is also responsible for producing neurotransmitters in your brain such as Norepinephrine, Epinephrine, and Dopamine.

The following are a few benefits of the foregoing neurotransmitters:

Addium.com states that GABA is “an inhibitory neurotransmitter that prevents over-excitement [to help you] maintain focus.”

GABA stands for Gamma-Aminobutyric Acid.  It has the ability to block certain brain impulses.  In the case of Addium, it purports to block the nerves that cause fear and anxiety.  That could directly explain its ability to enhance brain function.

As noted in the Bar Exam Article posted on this website, certain primitive emotions such as fear and anxiety can cause your brain to revert back into what I have termed “cave man” brain.

The fight or flight part of your brain takes over, and rather than having the calm ability to make deliberated choices, your thinking becomes hazy, sporadic, and impulsive.

The calming effect of the GABA may perhaps allow you to better concentrate on the task at hand and prevent the more primitive part of your brain from taking over. This may work because it has the ability to calm your nervous system. 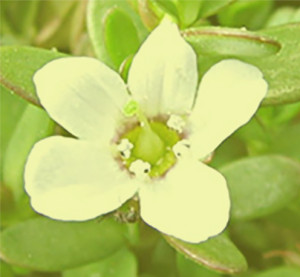 This is used traditionally in ayurvedic medicine which comes from India.  According to webmd.com, bacopa monnieri has the ability to improve memory, and it’s often used as a treatment for Alzheimer’s disease.  A study of the cognitive benefits of bacopa monnieri, published in the Journal of Alternative and Complementary Medicine, yielded incredible results.

It showed a correlation between administration of bacopa monnieri and increased cognitive functioning.  It specifically showed an increase in the participants’ scores on a “delayed recall memory” test.

Delayed recall memory tests the same type of memory that is tested on Alzheimer’s patients to determine the severity of the disease.

If the studies showed that it increased one’s ability to perform on these tests, these are positive results for those suffering from Alzheimer’s and everyone else for that matter.

Try it out yourself, see if Bacopa Monnieri works for you.

Addium.com states that Alpha GPC “[h]elps proper functioning of neurotransmission [which] is integral to healthy cognition.”

Alpha GPC is short for Alpha Glycerol Phosphoryl Choline.  It’s a chemical that comes from the fatty acids that are contained in soy.

Alpha GPC is has shown to be effective in increasing acetylcholine levels in the brain. Acetylcholine is the neurotransmitter that aids our brains in memory and cognitive functioning.

The more abundant Acetylcholine is in your brain, the more light bulbs you have working. Thus, the more acetylcholine that you have the more you’ll fire on all cylinders.

ATP is also known as adenosine triphosphate.  It is one of the most essential molecules in your body for energy.  The ATP acts as your body’s fuel.

Vinpocetine has been used since the 1960s as a folk remedy to increase brain power and memory.  However, a study published on pubmed.gov, which used synthetic ethyl ester of apovincamine (vinpocetine) to test brain benefits, did not show any beneficial results in cognitive functioning.

Addium.com states that Huperzine A “[i]nhibits acetylcholinesterase, the enzyme that breaks down acetylcholine.

Huperzine A comes from chinese medicine.  The makers of Huperzine A take a Chinese plant called Club Moss, and they treat it with numerous chemicals to purify it. Once it has been reduced to Huperzine A, it acts as an inhibitor in your body.

One study published on pubmed.gov, conducted by Scientists at Nanjing University, used an Acetylcholinesterase inhibitor and a synthetic calcium channel blocker on mice.  The study showed an improvement in cognitive functioning in mice that previously had impaired brain functioning.

While Huperzine A is created through numerous chemical purification processes, the end product may be worth something to your brain.

How will you know unless you try it out?

Whether you decide to take Addium or not, there are certain benefits that come from boosting your brain power.  So even if you decide not to take the pill, you should inform yourself on the various methods and weigh possible alternatives.

Some days you might forget your phone at home, or your briefcase in the car, or your ipad at the house, but there’s one thing you bring with you everywhere you go no matter what.

That’s your brain and your intelligence.

Taking the right vitamins, nootropics, and eating the right foods can make you smarter! There are too many studies out there to ignore.

This ability breeds confidence, or swagger as some might call it.

What do you have to lose? Try out addium and tell us your experience!

The pills sell for around $40 give or take a few bucks. While it seems somewhat pricey, it may not be in the grand scheme of things…If it can help you make more money at your job, in life, or put you in a better position. It might be worth the investment!

Try out a bottle, see if it works.

In this article, we’ve discussed a pill that purports to increase brain power and improve memory. The ingredients each have their own powerful brain enhancing properties and have been discussed above.

The following were the ingredients and a general summary as to how those ingredients boost memory and brain power.

Eating healthy should probably be your first answer. However, what if there’s a pill that would make you smarter and be a lot easier for you to carry on with your ordinary life?

Some of the richest people in the world, i.e., Bill Gates, Donald Trump, Warren Buffett, used their smarts in their respective fields to drive themselves to the top.

If you want to get an edge over the next guy in your field, this could be your ticket!

Try Addium now and let us know whether it helped your brain power and memory!