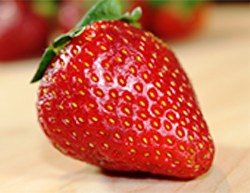 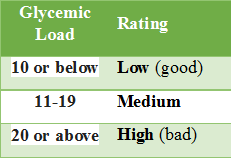 The Next Best Brain Food for Exams is: Salmon

Salmon is loaded with the omega-3 fatty acid Docosahexaenoic acid (DHA).  Because Omega-3 fatty acids were covered generally in the discussion about walnuts, DHA’s specific brain boosting effect will be discussed here.

This article will also talk about the brain benefits the come from the high protein content as well as some of the dangers of eating too much salmon and the best type of salmon you can eat for your brain.

1. How is DHA a Brain Booster?

DHA has the ability to create protectins.  Protectins are known to “protect[] normal bystander cells from lysis” or destruction.  When nerve tissues form protectins, they possess anti-apoptotic (the ability to protect neuro-bioactivity) characteristics.  They also have the ability to prevent cerebral edema (inflammation of the brain).

Some vegetarians will opt to get their omega-3 fatty acid intake, specifically DHA, from flaxseeds, walnuts, or other dark leafy green vegetables.  However, the only issue is that the foregoing foods contain alpha linolenic acid (ALA), not DHA.

Your body has to transform the ALA into DHA, which is not always a certain.  Various factors, including high saturated fat levels, can prevent or hinder the body from successfully converting ALA into EPA or DHA.  Accordingly, without salmon, your body may never receive an adequate supply of DHA.

As such, supplementing salmon with brain vitamins may be a good alternative for vegetarians.  See DHA recommendation below.

Protein supplies your body with amino acids.  The amino acids then create neurotransmitters which control brain functioning and are responsible for boosting functioning.  Proteins also act as a guide for nerve cells in your brain.

Protein intake is also responsible for increasing tyrosine levels in your body.  This increase causes your neurons to create neurotransmitters, such as norepinephrine and dopamine, which boost your focus and alertness.  Salmon also has protein molecules called bioactive peptides.  These protein molecules have shown to reduce inflammation in the stomach and digestive tract.  Dr. Perlmutter posited the theory that the health of your brain has a strong correlation to the health of your stomach and digestive tract.

3. Dangers of Salmon & Best Type of Salmon to Eat for a Better Memory

Fish consumption can be dangerous because of certain contaminants.  The two major ones you have to worry about are: (1) mercury and (2) polychlorinated biphenyls.  Both of these contaminants can be deleterious to health and overall brain functioning.

A physician in San Francisco, Dr. Jane Hightower conducted a study on 89 patients, testing their mercury intake and various symptoms the patients had.  Dr. Hightower ultimately proposed the idea that excessive mercury levels caused decreased memory and concentration and negatively affected the patients’ ability to focus.

If you eat the wrong Salmon, you may be unnecessarily subjecting yourself to nasty toxins. Researchers studied the amount of polychlorinated biphenyls in farmed salmon vs. wild salmon.  The following are the amounts found in each respective fish:

This is an incredible difference of contaminant intake, and it can be avoided simply by knowing where to get the wild salmon.  Dr. Logan, an expert in nutritional neuroscience and author of an exceptional book on mental health and intelligence entitled The Brain Diet, suggests that around 90% of salmon in North America is farmed.  He also notes that a vast majority of canned salmon is wild.

While it may be ideal to eat fresh wild salmon, your best alternative is canned.  By eating canned salmon, you can still get the brain boost from the salmon without all the brain busting contaminants.

For those of you that don’t like the taste of salmon or fish, try supplementing your diet with Omega-3 Pills or Krill Oil. DHA was discussed above, but some dietitians would recommend Omega-3 fatty acids with both EPA and DHA because they work synergistically. In recent news, Krill oil has been highly touted for its great benefits without as many contaminants because mercury levels that are found in predatory fish are not present in krill.

Some doctors suggest that the EPA is responsible for the intercommunications among and between the various types of nerves, which directly affects communication in your brain. Studies have also shown that EPA intake has greatly assisted children with ADHD in improving their concentration and cognitive ability.

5. Broccoli: One of the Best 6 Foods for Exam Day

Broccoli has a strong arsenal of nutrients.  A few of them specifically aid in brain functioning as well as a few other brain aids of broccoli that are not in the chart.

Dr. Emily Ho, researcher and professor at Linus Pauling Institute at Oregon State University, believes that the sulforaphane acts as a heat-seeking missile against cancer cells by specifically targeting them without destroying healthy cells. The sheer antioxidant capacity of being able to target cells is just one reason it’s a brain booster.

The abundant source of potassium in broccoli helps your body more easily communicate.  It’s beneficial for the nervous system because the exchange of ions in your nerve cells is often dependent upon a sodium-potassium exchange, which is where sodium-potassium pumps push sodium cells out of one cell and force potassium into that cell.

6 Brain Power Foods for Focus and Concentration on Exam Day: 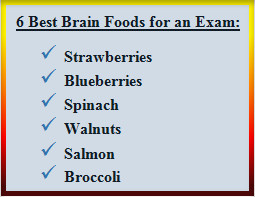 Generally, you should always watch your sugar intake, GI levels, and GI load when your trying to eat brain consciously (even with fruits and vegetables).  Here’s a summary of the sugar and GI levels of the foods discussed. 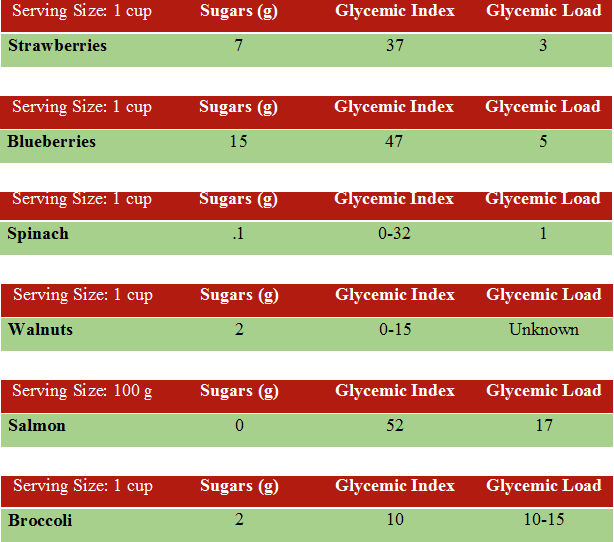 Note: remember that the amounts may vary when observing the sugar levels and the glycemic index of the foods in this chart. As such, this chart should only be used as a quick overview of the foods from this article.While I can’t guarantee success on your exam, I can almost guarantee optimal physical and mental conditions for bar prep and exam day.

Go ahead, try it…What do you have to lose?

If you have tried it, and it worked or didn’t work, we’d like to hear your feedback.